Barbados Tridents getting set to face the Jamaica Tallawahs 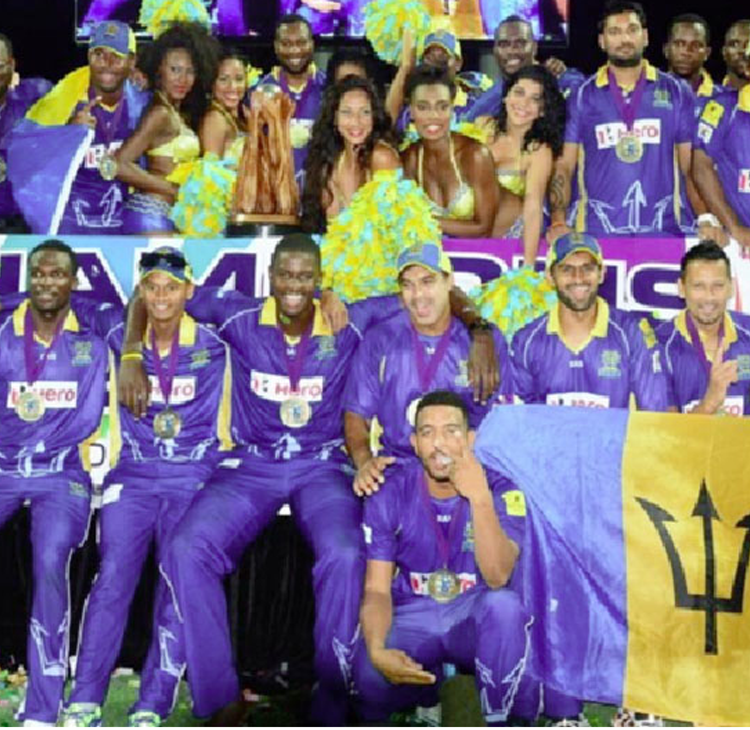 The Barbados Tridents will be looking to regain the HERO Caribbean Premier League (CPL) title when they face the Jamaica Tallawahs at Kensington Oval on Monday, 11 July.

The Tridents have signalled their intent of regaining the title they last won in 2014, by signing up South African star AB de Villiers in the close season who joins an exciting panel which includes fellow Proteas trio Wayne Parnell, Robin Peterson and David Wiese, Pakistan’s Shoaib Malik as well as the likes of the hugely influential local trio Kieron Pollard, Nicholas Pooran, Ravi Rampaul. West Indies Under-19 World Cup winner Shemar Springer will also feature in this year’s squad. The combination of day and night time games is sure to attract large crowds to the legendary Kensington Oval.

Speaking at the announcement of their home CPL fixtures, Sid Mallya, Chairman of the Barbados Tridents franchise, said: “The Kensington Oval is one of world cricket’s most iconic grounds. To be there with a vocal home support behind you is an enormous thrill for the Tridents players and we are fully focused on bringing success back to Barbados this year.

“There is a really positive mood around West Indies cricket at the moment, following the success of the West Indies men, women and Under-19 teams over the past few months, and we are determined to build on that feel-good factor over the coming months.
“It is an exciting year for all concerned and the chance to spread the game into mainland USA, with matches for all the teams in Fort Lauderdale in the last weekend in July, is a hugely exciting development both for CPL and the game of cricket in general. Barbados is a real stronghold for cricket in the Caribbean and the team will be focused on putting on a show for our fans both at home and on the road.”
The remaining fixtures will be confirmed over the coming week and tickets are on sale now from www.cplt20.com.