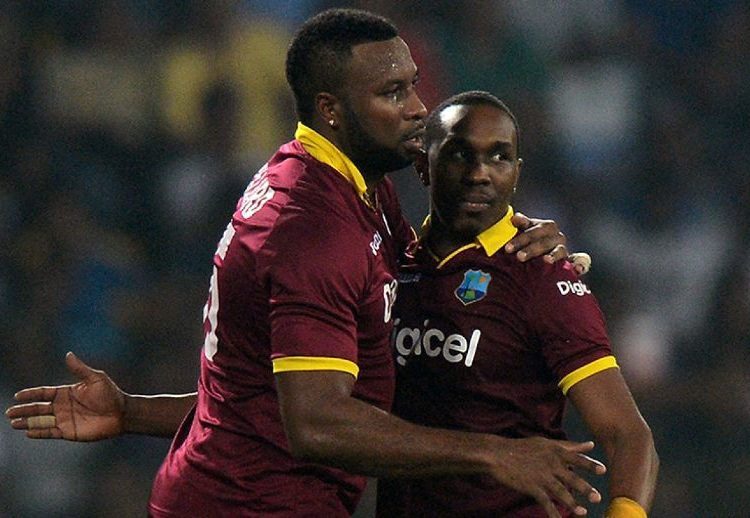 West Indies have named allrounders Kieron Pollard and Dwayne Bravo in their 10-man list of reserve players for the upcoming World Cup.

The official 15-member World Cup squad is undergoing a training camp in Southampton from May 19 to 23. Two reserve players will also be part of the camp. Top-order batsman Sunil Ambris, who impressed during the recent ODI tri-series in Ireland, will cover for Evin Lewis, who has just recovered from a viral illness, and left-arm seamer Raymon Reifer will help the bowling unit manage its workload.

The camp also includes an additional warm-up fixture against Australia, on May 22, at the Rose Bowl.

CWI CEO Johnny Grave said the training camp and extra warm-up game had been scheduled with a view to helping the squad acclimatise better to conditions in England, especially the seven members of the squad who were part of the IPL and as a result missed the Ireland tri-series.

“We are very grateful to Hampshire CCC for agreeing to host us at the Ageas Bowl and to Cricket Australia for agreeing the additional warm-up game,” Grave said. “Due to the commitments and promises made, to both our players and the BCCI, this is the first time that our entire World Cup squad can get together since the IPL finished. We are confident that these additional five days of training and the extra warm-up game will mean that our players will be ready to perform at their best in our opening match against Pakistan on the 31st May.”

Speaking about the reserves, Robert Haynes, the interim chairman of selectors, said: “The choice of players in the reserve list is to really cover our bases and ensure we have a good balance in the pool of players that can be selected if replacements are required. We think the skill-set in this pool is strong, with a good blend of experience and upcoming young players who can be ready to contribute if and when required.”

West Indies begin their World Cup campaign on May 31, when they face Pakistan at Trent Bridge.