Lara’s epic 153 not out; Adams takes us back to amazing win 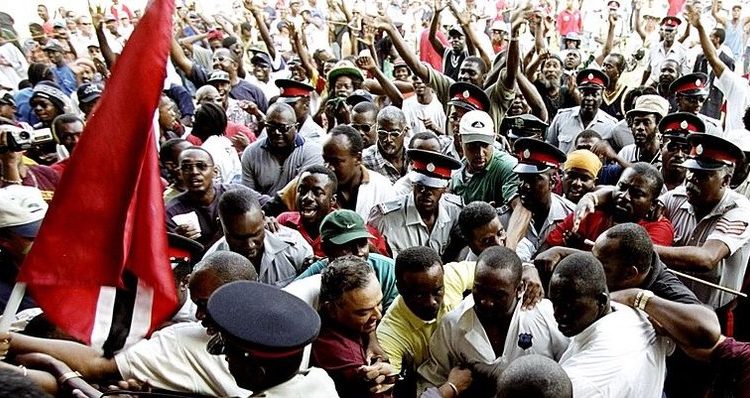 March 30, 1999, will go down in cricket history as one of the greatest days for the West Indies. On that day, at the historic Kensington Oval in Barbados, a hero performed one of the game’s most amazing feats.

Brian Lara scored his epic 153 not out – rated by many observers as the best fourth innings knock in the game’s history. With the Windies needing a near impossible 310 for victory on a deteriorating fifth day pitch, Lara went where no man had gone before.

His score was just under half the team’s total, the Windies reached the improbable target with nine wickets down – Lara did what Lara did best – and the home fans left rejoicing with a victory by the narrow margin of one wicket.

Lara’s team found their mojo and their voice, and the entire region was caught up in rapturous merriment and celebration. The Aussies were stunned into silence.

It was 20 years ago, but Jimmy Adams, remembered the day like it was yesterday.

“This date marks the 20th anniversary of the third Test of the 1999 home series against Australia which was played in Barbados,” said Adams.

“The game was an interesting one in the context of the West Indies having been whitewashed in South Africa, losing the first Test of the series badly in Trinidad and then staging a very good comeback in Jamaica to square the series against the then world champions.”

“The pressure on both teams going into the Barbados Test was huge with a lot at stake. My abiding memory is of Brian’s magnificent innings in the last innings which was set up by Walsh’s wickets in Australia’s second innings. To beat the best team in the world even after they had scored almost 500 runs in their first innings was a major achievement for our team.”

“A lot of analysis has gone into that Test, in particular, and the series as a whole, but what is undeniable is the fact that a game of cricket played over five days can encompass every possible human emotion,” said Adams. “As a player, that game was one of the most emotionally draining encounters I had ever been through. To have made it through with a positive outcome will remain one of the highlights of my career.”