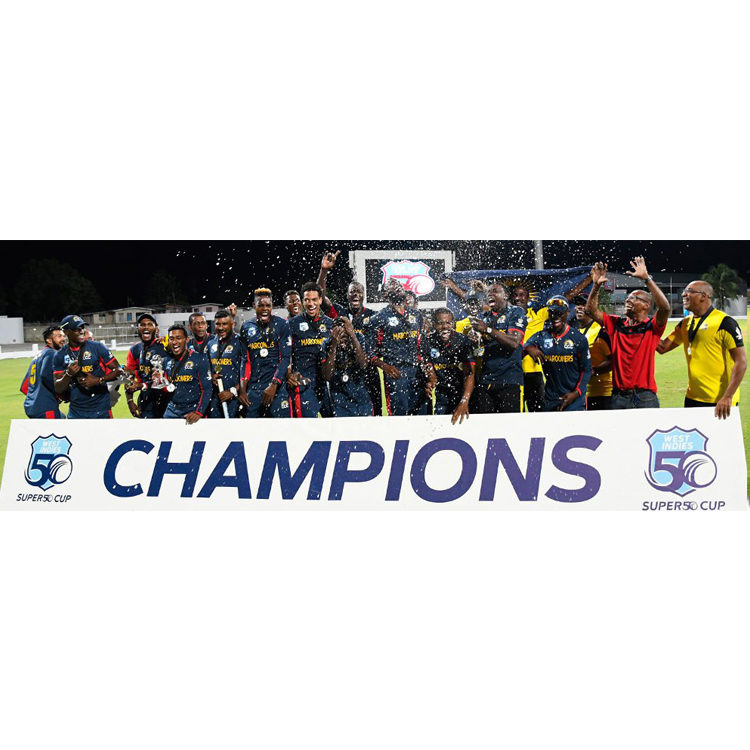 A whirlwind half-century from opener Kyle Corbin to follow a stifling bowling performance propelled the Barbados-based composite side to a six-wicket victory over Guyana Jaguars in the Grand Final on Sunday at Kensington Oval here.

All but 12 of Corbin’s 72 from 53 balls were in boundaries and he shared a Marooners record opening stand of 109 with left-hander Kjorn Ottley to help them successfully chase a target of 205 for a victory that gave them their first regional title at the third time of asking.

Left-hander Nicholas Kirton formalised the result with 74 balls remaining, when he pulled a short ball from Romario Shepherd to the wide long-on boundary for four, sparking jubilant scenes among the Maroooners faithful.

Earlier, Jermaine Levy topped a defiant half-century from Tagenarine Chanderpaul with a return of 4-43 from 10 overs, as the Jaguars, sent in to bat on a slow pitch, were bowled out for 204 in 49.1 overs.

Chanderpaul led the way for the Jaguars with 56 from 95 balls that included just four fours, Raymon Reifer supported with 38 and Trevon Griffith added 20.

But the Jaguars failed to build significant partnerships and every time it looked like they would break free they lost a wicket and lost their chance to draw level with Trinidad & Tobago Red Force on 11 titles.