NARINE, POLLARD RETURN FOR 1st and 2nd T20Is AGAINST INDIA 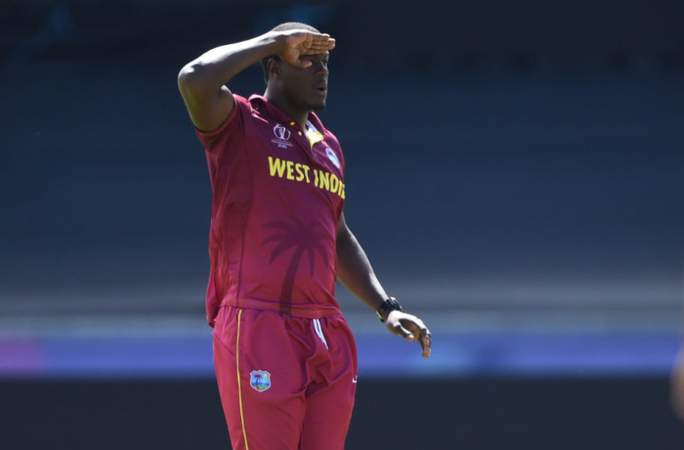 ST. JOHN’S, Antigua – West Indies chances against India in the MyTeam11 T20I Series, co-sponsored by Skoda, were given a boost with the recall of the veteran duo of Sunil Narine and Kieron Pollard.

Wicketkeeper/batsman Anthony Bramble is the newcomer in the 14-member squad selected for the first two T20Is in the series which will be contested on August 3 and 4 at the Broward County Stadium, Lauderhill, Florida. The Selection Panel have the opportunity to make changes to the squad before the third T20I on August 6 at the Guyana National Stadium.

The squad also includes Andre Russell, subject to him passing a fitness assessment prior to the series. He is set to return to the playing field following his early exit from the ICC Men’s Cricket World Cup 2019 to undergo an operation on his troublesome left knee.

Left-handed opener John Campbell and left-arm spinner Khary Pierre have also been included alongside a number of regulars led by captain Carlos Brathwaite, as the interim CWI Selection Panel seeks to explore options with the ICC T20 World Cup looming next year in Australia. 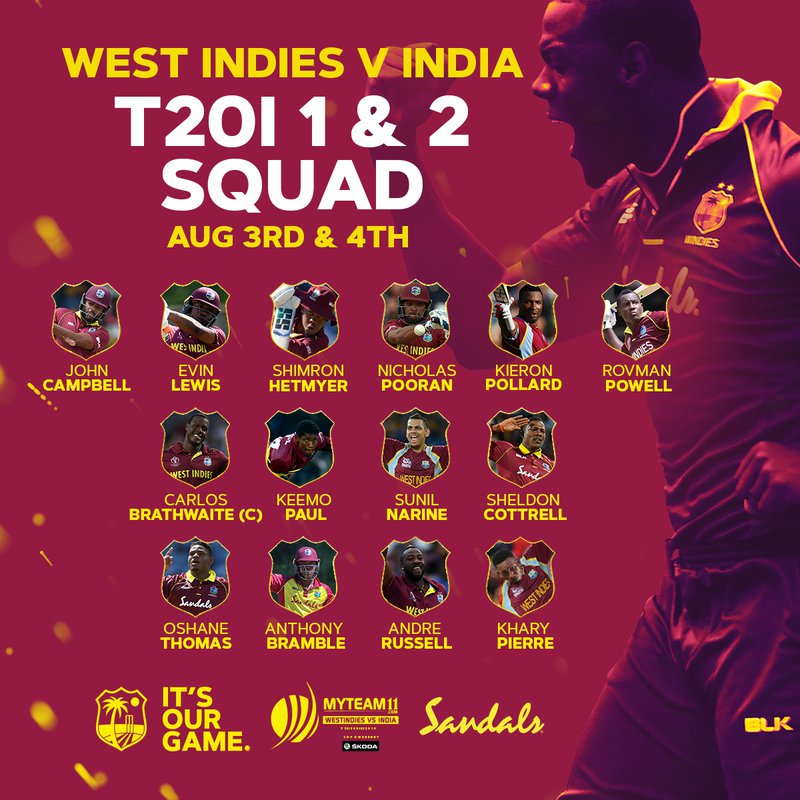 “This squad is an excellent balance of experience and youth,” said interim chairman of the CWI Selection Panel, Robert Haynes.

“It’s not just about the present – the India Tour of the West Indies – but we are also looking at the T20 World Cup coming up next year and it is important that we find the right combination of players and the right formula for defending our title. We have to make sure that we put certain things in place now, so that when it comes to picking the squad for the T20 World Cup, it becomes easier, so we are giving more players the opportunity to play and get the exposure.”

Robert Haynes talks selection of the 1st & 2nd T20 squad for India TourMystery spinner Narine last played in a T20I for West Indies against England almost two years ago at Chester-le-Street and batting all-rounder Pollard appeared last November on the Tour of India.

“We felt that players like Narine and Pollard, who have played well in T20 leagues around the World, once they are fit and mentally ready to play, we must give them the opportunity to represent the West Indies again,” said Haynes.

The 28-year-old Bramble has given firm proof of his batting and keeping ability in the West Indies Championship for reigning five-time champions Guyana Jaguars, who also reached the Final of last year’s West Indies Super50 Cup.

He captained West Indies “B” to the Final of the Global T20 Tournament last year in Canada and was recently picked up in the CPL draft for the first time in three years and will play for his home-based Guyana Amazon Warriors.

“We have been following his performances in regional competitions over the years and it cannot be forgotten that he led the West Indies ‘B’ Team to the GT20 in Canada, and that team did well to reach the Final,” said Haynes.

“We figured that though Nicholas Pooran will be the first-choice wicketkeeper, we needed to have someone to deputise in case something unexpected happens and he is the perfect choice. He is 27 and has a lot of ambition, and we saw his character come out the way he batted whenever Guyana Jaguars were in problems in the West Indies Championship and Super50 Cup, so we know he is capable of getting the job done.”

As one of the most feared and fierce hitters in the shortest version of the game, Russell will add further depth to the batting, and Haynes expects him and the other senior members of the squad to play a big role in the series.

“We expect that this will be a keenly contested series against India,” said Haynes. “Most of the players that we have selected have played in the IPL and they know all of the Indian players well. We will have the edge for sure because we are playing at home. At the end of the day however, it is important that the players go out there and play to win, not just to compete, and I think we have the right balance to do so.”

Haynes said veteran opener Chris Gayle had notified him that he was unavailable for the series, due to playing commitments at the GT20 in Canada, so this has given the opportunity for left-handed compatriot John Campbell to fill the slot.

See what interim head coach, Floyd Reifer, has to say about the team’s composition and the return of Narine and Pollard.