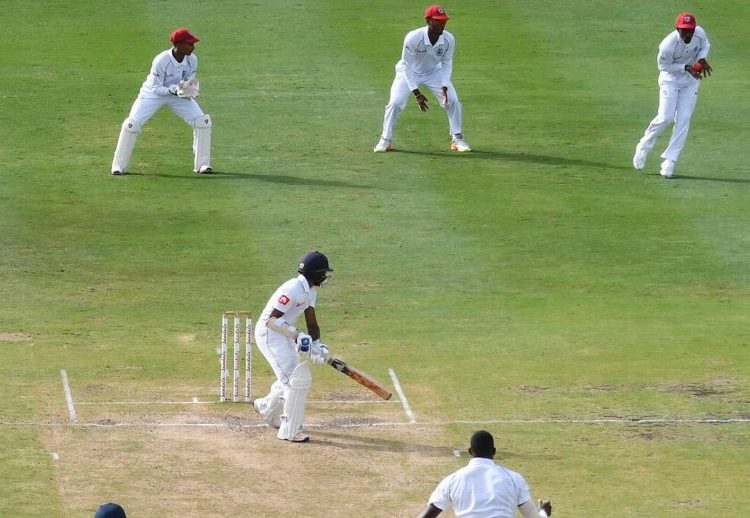 20 – Wickets fell on the third day in Bridgetown, which is a new record for Tests in the West Indies, eclipsing the 18 that fell during England’s tour in 2015. Here, Sri Lanka were 99 for 5 in first innings at the start of the day, and at stumps, they were five-down in the second innings.

9.71– Holder’s bowling average at Kensington Oval – the best for a West Indies bowler at a single venue (min 20 wickets) and fourth best for any bowler with the same criteria. He has picked up 21 wickets in four Tests, including five three-fors in eight innings and three of his best match-figures. At all other venues combined, Holder has managed only 43 wickets averaging 46.76. Ernie Toshack (Brisbane), Bert Ironmonger (MCG) and George Lohmann (SCG) are the three bowlers with better averages at a venue under condition of 20 wickets taken.

21.06– The West Indies fast bowlers’ average in this series, making it their best performance in 10 years. They have racked up 45 wickets in three Tests – 20 to Shanon Gabriel and 11 each to Holder and Kemar Roach.

93– West Indies’ score in the second innings – their third-lowest total at home, behind the 47 against England in 2004 and 51 against Australia in 1999. Prior to their Bridgetown collapse, they were the only side not to be bowled out for less than 100 in Tests in last decade.

93– is also the lowest total that Sri Lanka have kept a team to while playing away from home. Their previous best was 102 against Zimbabwe in Harare 2004. Also, the last time Sri Lanka dismissed their opposition for fewer than 100 was in 2009, against Pakistan in Colombo.

226– Runs added by the first five wickets across the four innings of this match – the lowest such aggregate in any Test over the last 80 years, and the fourth-lowest in history. West Indies’ top five wickets added 53 and 14 runs in the two innings while Sri Lanka’s contributed 85 and 74.

17– Runs added by West Indies’ first three wickets in this Test – nine in the first innings and eight in the second. It is the worst performance by their top order in any Test match. Only once has a team suffered a smaller contribution from the first three wickets: Zimbabwe’s top three wickets combined for only 13 runs against New Zealand in 2011-12.