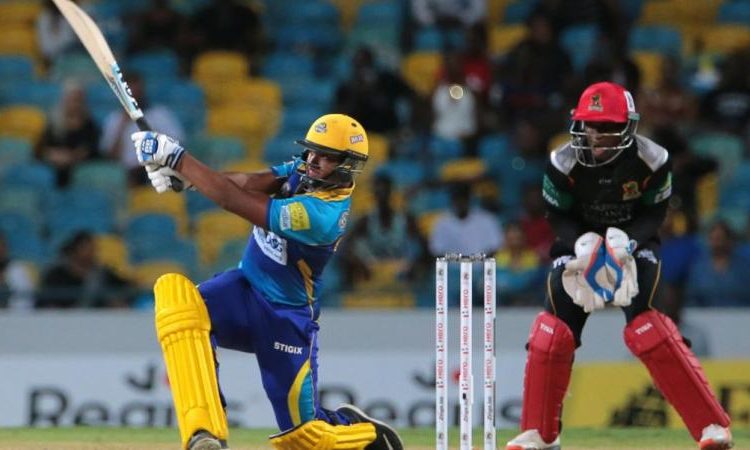 Pooran has started this campaign with real intent

After missing out on the entire 2015 Hero CPL season after sustaining serious leg injuries following a car accident, Trinidad-born Pooran has started this campaign with real intent with scores of 33 (against TKR) and 38 (against St. Kitts & Nevis Patriots) in his only innings to date, but he is grounded enough to know that there are even bigger tests still to come.

Speaking exclusively to www.cplt20.com in the aftermath of Wednesday’s 25-run victory over the Patriots, the powerful 20-year-old left-hander, who has made 22 career Hero CPL appearances to date since making his debut in the inaugural campaign in 2013, said that he was looking forward to coming up against his old team-mates in what promises to be a mouth-watering battle between two sides who have real designs on lifting the Hero CPL title.

“It was very nice for us that the fans came out (on Wednesday). We wanted to (use) home advantage and we didn’t disappoint. We got off to a good start and it was wonderful.

“We have experienced players and we have the best player in the world (AB de Villiers), but we don’t want to put too much pressure on him and as young players we have to step up and this is what we’ve tried to do in this tournament.

“It’s always nice to play against each other, but it’s going to be a tough game. TKR is in a tough spot at the moment, we have the advantage over them and we don’t want to miss out on it.

“The year and a half that I was out was very tough, especially mentally, because I was unsure if I was ever going to play cricket again. Thank God I got the opportunity, I worked hard at therapy each day and it was tough, but I came a long way.”