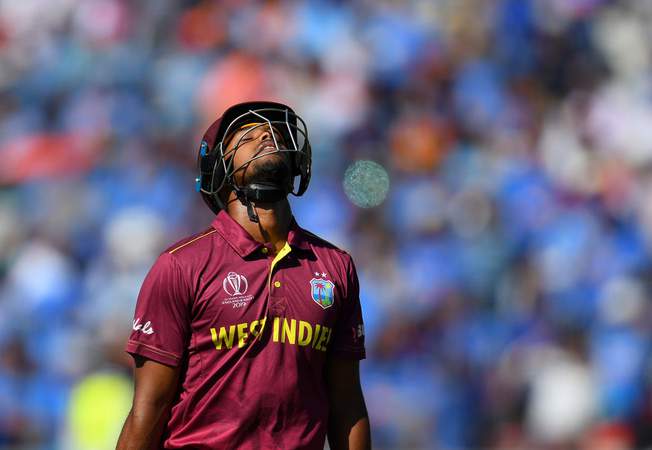 MANCHESTER, England – West Indies failed to capitalise on a disciplined bowling performance led by Kemar Roach and were let down by their batting again when they stumbled to a 125-run defeat to India in the ICC Cricket World Cup 2019 England & Wales. 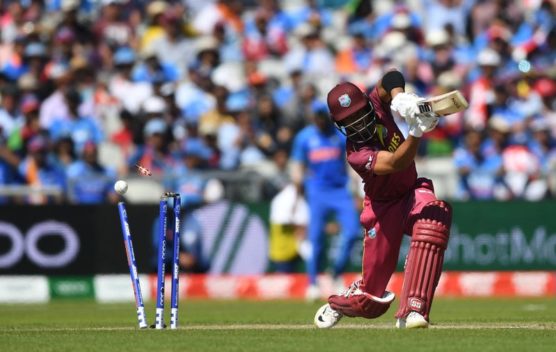 Chasing 269 for victory, the West Indies were bowled out for 143 in the 35th over of their seventh match in tournament at Old Trafford.

Sunil Ambris, playing his first match of the tournament after flying in two days ago to replace Andre Russell, topscored with 31 and left-handed Nicholas Pooran made 28, but they were the only two of the three top-order batsmen to reach double figures and the only ones overall to pass 20. 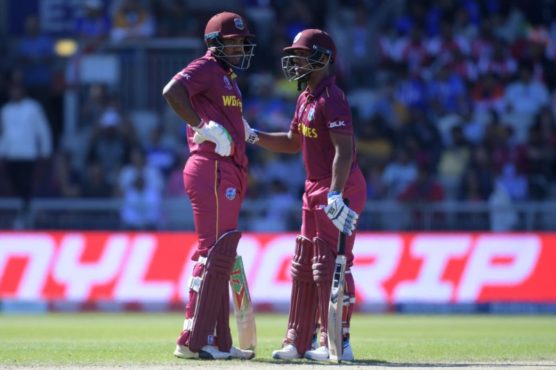 The Caribbean side’s batting was undermined by Mohammed Shami, who bowled brilliantly to finish with 4-16 from 6.2 overs, fellow pacer Jasprit Bumrah and leg-spinner Yuzvendra Chahal picked up two wickets apiece.

The #MenInMaroon now have just one win in seven matches with contests remaining against Sri Lanka on Monday at the Riverside Stadium and Afghanistan on Thursday at Headingley, and with no chance of reaching the semi-finals. 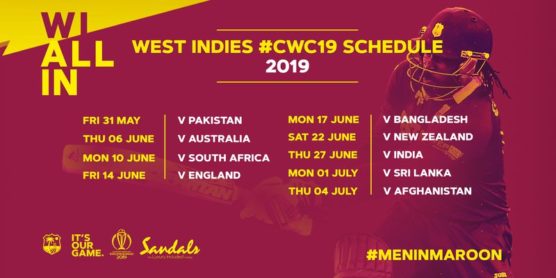 West Indies slumped to 16 for two in the seventh over after Chris Gayle and Shai Hope fell cheaply, but Ambris and Pooran put on a valuable 55 for the third wicket.

The West Indies were just beginning to claw their way back into the match, when they lost both batsmen in the space of 15 balls with just nine runs added.

With this partnership broken, there was little defiance or resistance from the rest of the batting, as the last eight wickets fell for 72 in the space of 99 balls.

Earlier, Roach was outstanding with the ball, grabbing 3-36 from his allotted 10 overs, as India made 268 for seven off their allotted 50 overs, after choosing to bat, with their captain Virat Kohli hitting the top score of 72 to earn the Player-of-the-Match and former skipper M.S. Dhoni getting an unbeaten 56. 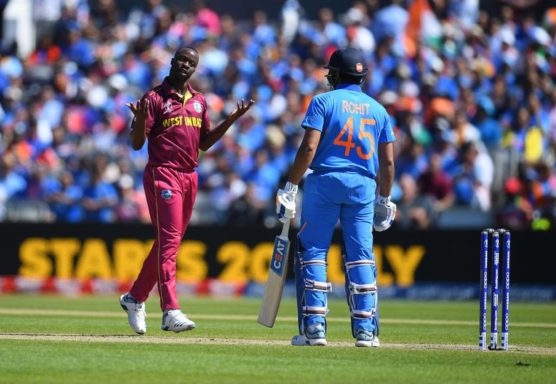 West Indies captain Jason Holder and left-arm pacer Sheldon Cottrell took two wickets each, as India rallied back from 180 for five in the 39th over. 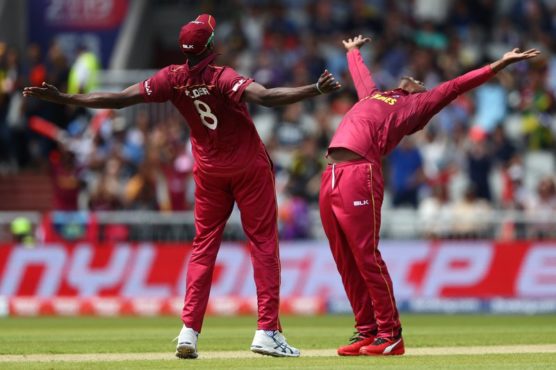