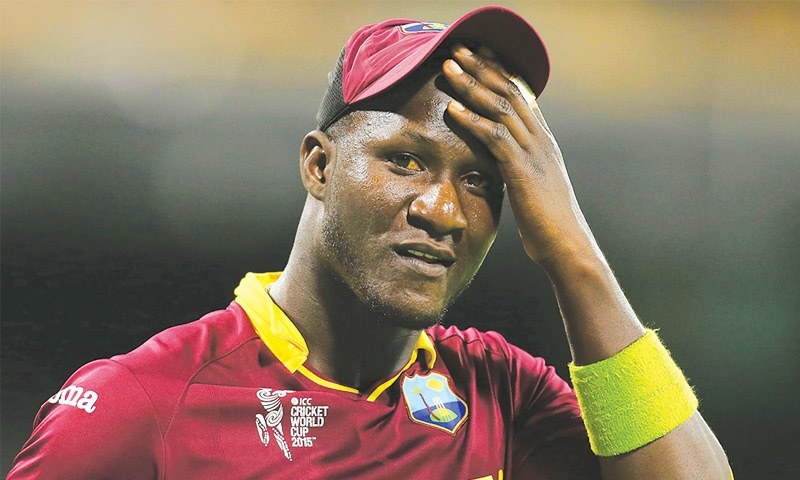 LONDON: Former captain Darren Sammy said on Thursday the West Indies were in a ‘mess’ but insisted he had no regrets over a passionate speech that effectively ended his international career, adding he would ‘do it even better’ if given another chance.

The 32-year-old St Lucia all-rounder has not played for the West Indies since captaining the team to a dramatic last-over victory against England in the World Twenty20 final in Kolkata in April Afterwards, an emotional Sammy used the presentation ceremony to say how his side felt ‘disrespected; by the West Indies Cricket Board’s lack of support, with a pay dispute having previously threatened the team’s participation in India.

“Put me on that podium again and I will do it even better,” said Sammy on Thursday. “I believe a man has to speak his heart. It was just an extension of what my team went through flowing from me.”

“It’s disappointing but not surprising,” said Sammy, also the West Indies’ captain when they won the 2012 World Twenty20. “It’s been a trend of how my former employers operate. It was sad. They will say it did not have an effect on the team but, from the pictures being posted on social media, I could tell my team was not in a happy mood.”

“Everything in life happens for a reason,” he said. “I am still on a high. I refuse to let people dictate my mood…It is disappointing to win a World Cup [World Twenty20] and you’ve not played international cricket after that. To remove the winning World Cup coach [as well], it’s just a mess. I am not about fighting it anymore.”