England fans enjoy a day of cricket at Kensington Oval 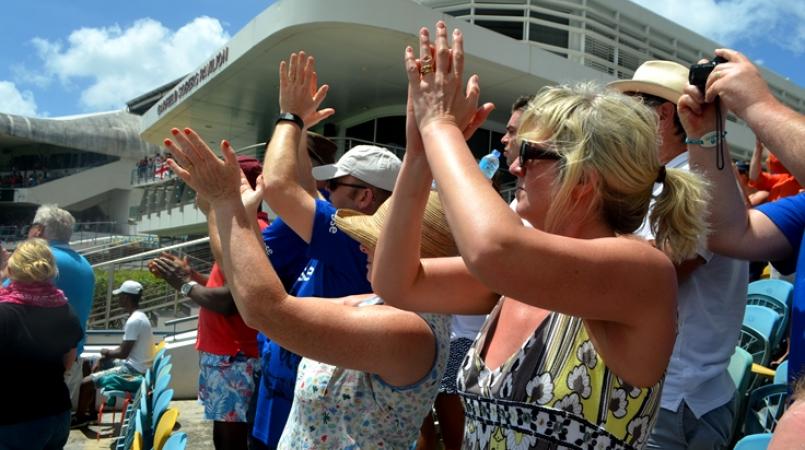 England supporters had the run of the Oval’s packed stands, which overflowed with banners and flags and horns, and they enjoyed the excellent weather from start of play to finish.

Chasing 329 for victory, the Windies were bowled out for 142 in 39.2 overs, as Chris Woakes and Liam Plunkett collected three wickets apiece to undermine their batting on a hard, true Kensington Oval pitch.

Left-hander Jonathan Carter, playing on home soil, led the way with 46 and rookie Alzarri Joseph, batting at 11, made 22 – but no other West Indies batsman reached 20.

Earlier, Joseph and home team skipper Jason Holder shared seven wickets, but their efforts were topped by centuries from Alex Hales and Joe Root that anchored England to 328 all out from their allocation of 50 overs after they were put in to bat.