The West Indies are up against it in their battle to qualify for the semi-finals, but there is a small cause for celebration for Jason Holder’s side – and for one of their number in particular. On Thursday, against India, Christopher Henry Gayle has the chance to become the West Indies’ highest ever ODI run-scorer.

He needs 59 runs to pass Brian Lara’s 10,348 runs for the men in maroon, and take his tally to more than any West Indies batsman in the history of the format. 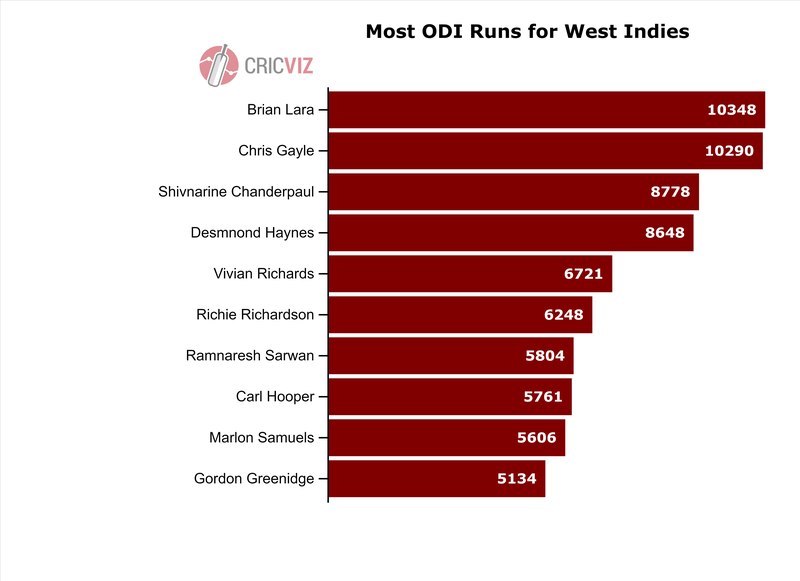 Unlike some of the more classical, Test-orientated batsmen in the list, Gayle has built his career on some basic white-ball principles that have served him extremely well. As everybody knows, he starts slowly, securely, not looking to rotate – and then he explodes. When he’s properly set at the crease, Gayle gets stuck in and goes hard. 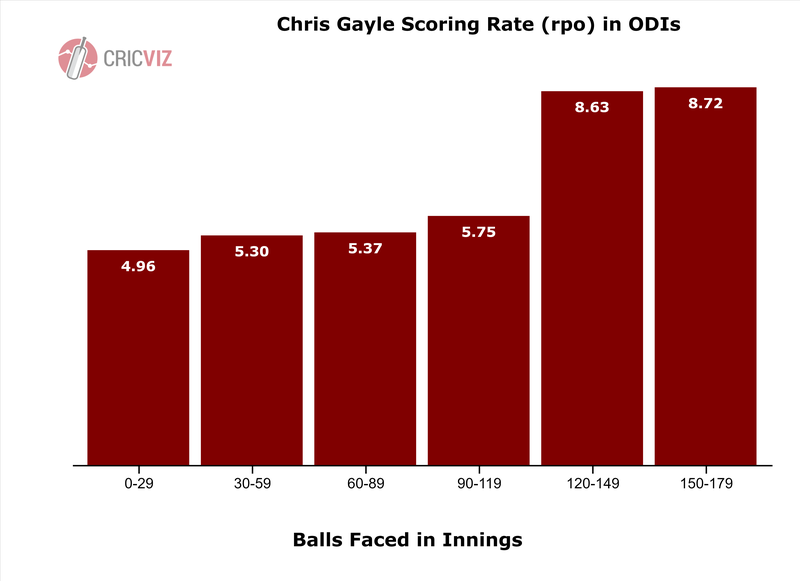 He’s also made his runs with a very clear plan, and a solid knowledge of where his strong areas are. He’s not a brilliant cutter of the ball – though he can cut when the ball is very wide – but Gayle is devastating square on the legside. As shown below, he scores at 10rpo through midwicket, and not far off that behind square. A muscular man with extreme power, he knows that there is where his strength is most effectively deployed. It’s a simple method that has served him well for 295 ODIs. 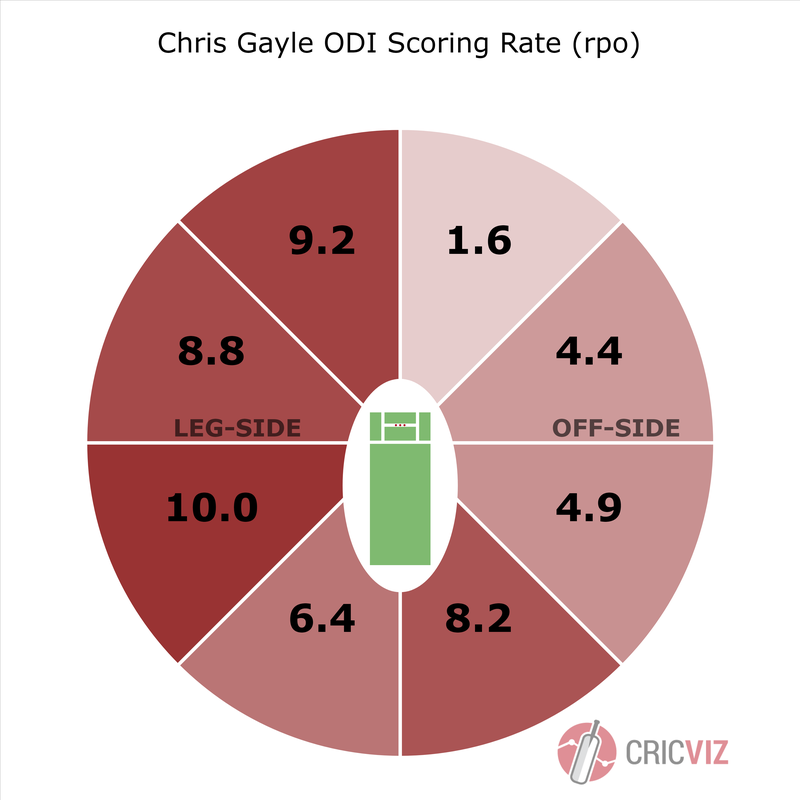 Across those matches, Gayle has certainly favoured some opponents more than others. In his career as a whole, Gayle has scored more runs against England than against any other team, with Zimbabwe – against whom he made his personal high score of 215 – just behind in second place. What this also makes clear is that Gayle has made runs against almost everybody he’s played. 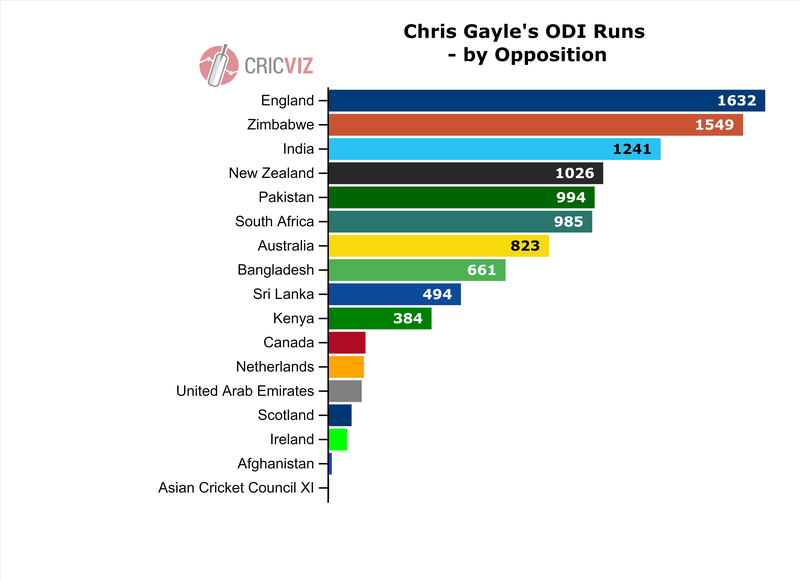 He is an often controversial figure, but Gayle is an all-time great in Caribbean cricket, and his place at the top of the run-scoring charts will only cement that. If he can mark it with a great performance against India, all the better – he is, after all, a man who loves the big occasion.