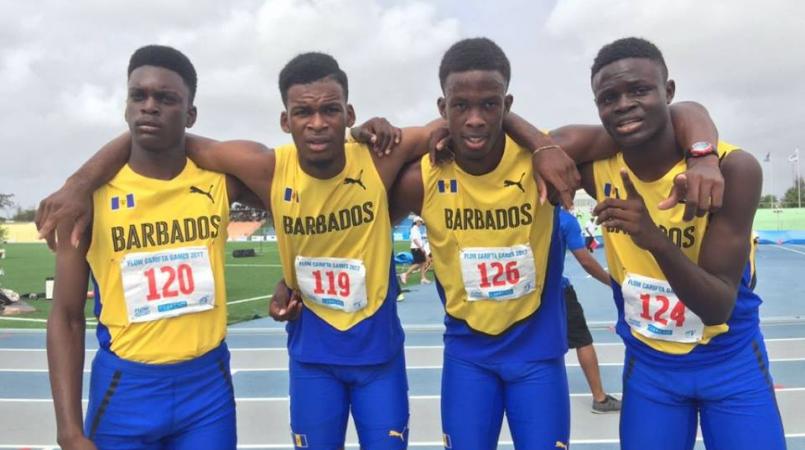 Barbados Jonathan Jones took up the front running on the first lap and made his sprint for home halfway through the second lap to win the Under-20 Boys’ 800 metres, in 1:51.51 minutes.

Competing on the final day of the 46th Carifta Games at the Curacao National Stadium, Jones did not disappoint his number one billing in the event, which he had won in the last year in the Under-18 Boys category.

Barbados Under-18 Boys’ 4×400-metre relay team of Antoni Hoyte-Small, Nathan Fergusson, Kyle Gale and Rasheeme Griffith crossed the line first in 3:14.61 to add another Gold medal to the island’s tally.