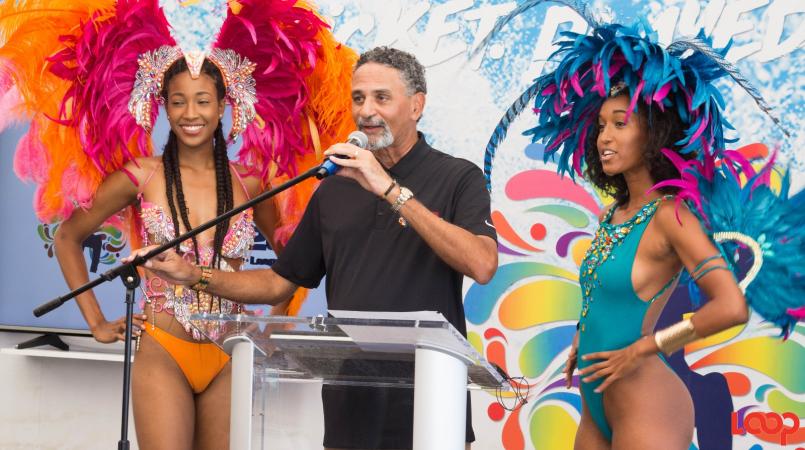 The fifth instalment of the Hero Caribbean Premier League (CPL) launched in spectacular fashion in Barbados on Friday morning as the Player Draft concluded with some eye-catching movement across all six franchises.

This year each squad’s Player budget is $750,000 (USD). In addition to an unlimited group of retained players, once more there is a guaranteed roster spot for a Young West Indies emerging player as well as a representative from the ICC Americas, which ties in with one of the Hero CPL’s mandates of providing opportunities for young players across the Caribbean and north America.

Though each team was permitted to retain the core of their squad this year, it still allowed for some eye-catching transfers.

Amongst some of the notable acquisitions are that of Australian all-rounder Ben Cutting who has been recruited by St. Kitts & Nevis Patriots, while West Indies ICC World T20 winner Marlon Samuels has joined the St. Lucia Stars. Samuels was not the only high profile Caribbean capture, with the Jamaica Tallawahs signing up batsman Lendl Simmons. Chadwick Walton has made the move, meanwhile, to Guyana Amazon Warriors and looks set to be a strong addition to their batting line-up.

For the first time ever, there will be an Afghanistan presence in the Hero CPL, with Mohammad Nabi (St. Kitts & Nevis Patriots) and Rashid Khan (Guyana Amazon Warriors) being snapped up. Barbados Tridents have also supplemented their bowling attack with the signing of Pakistan’s Wahab Riaz.

In addition to the high-profile acquisition of New Zealand batsman Kane Williamson, coupled with the return of Dwayne Smith following his transfer from Guyana Amazon Warriors, the Tridents have retained Pakistan’s Shaoib Malik and South African all-rounder Wayne Parnell as they bid to win the coveted title they last won in 2014. Kieron Pollard will lead an exciting team which includes wicket-keeper/batsman Nicholas Pooran, who impressed following his comeback from a long injury lay-off joined the likes of Ravi Rampaul and emerging West Indies player Shamar Springer for the forthcoming campaign.

Guyana Amazon Warriors have been one of the most consistent sides since the tournament’s inception in 2013 and that is reflected in the retention of a number of stalwarts including Black Caps opener Martin Guptill, in-form Australian batsman Chris Lynn and Pakistan’s towering left-armer Sohail Tanvir who was one of the most consistent performers in 2016 with bat and ball. In addition, the squad will include West Indies duo Rayad Emrit and Jason Mohammed, as well as exciting batsman Shimron Hetmyer who led the West Indies to the Under-19 ICC Cricket World Cup title last year.

It will be a case of opportunity knocking for reigning champions, the Jamaica Tallawahs, who will be aiming for their third Hero CPL title. Rovman Powell was a standout player last year and the exuberance of youth will be balanced by a spine of a hat-trick of Asian talent in Sri Lanka’s Kumar Sangakkara, Bangladesh all-rounder Shakib Al Hasan and Pakistan’s Imad Wasim who have all been retained. USA international bowler Timroy Allen has also been retained as the ICC Americas representative.

St. Kitts & Nevis Patriots completed one of the most eye-catching transfers in the close season by acquiring the services of two-time champion Chris Gayle, and the powerful left-hander will join ‘marquee’ overseas signing Proteas all-rounder Chris Morris and his international colleague Tabraiz Shamsi in the Patriots squad. A string of local Caribbean talent will include influential leg-spinner Samuel Badree, Jonathan Carter, Kieran Powell and promising fast bowler Alzarri Joseph for what will be ICC World T20 winning coach Phil Simmons’ first season in charge of the ambitious Patriots. Carlos Brathwaite has been retained as a West Indies Cricket Board (WICB) ‘Free’ Player, who are players either contracted to the WICB, or, likely to be selected by the WICB for international duty.

St. Lucia Stars will once again be led by charismatic leader Daren Sammy and they will welcome back South African batsman David Miller and Australian all-rounder Shane Watson to the fold. Recently re-named and under new ownership, the Stars will also welcome Sri Lanka’s Lasith Malinga for a squad brimming with quality. Local favourite Johnson Charles was a strong performer at the top of the order last year and he will line up once more alongside the likes of Andre Fletcher, Shane Shillingford and Jerome Taylor.

2015 champions Trinbago Knight Riders (TKR) have opted to retain all but three of last year’s squad and will once more by led by Dwayne ‘DJ’ Bravo. TKR will look to the guile of Sunil Narine while Darren Bravo will firm up a batting line-up which includes ‘marquee’ player Brendon McCullum, who will be joined again by fellow Black Cap Colin Munro. South Africa’s Hashim Amla also returns to the panel who will be coached by Australian Simon Katich.