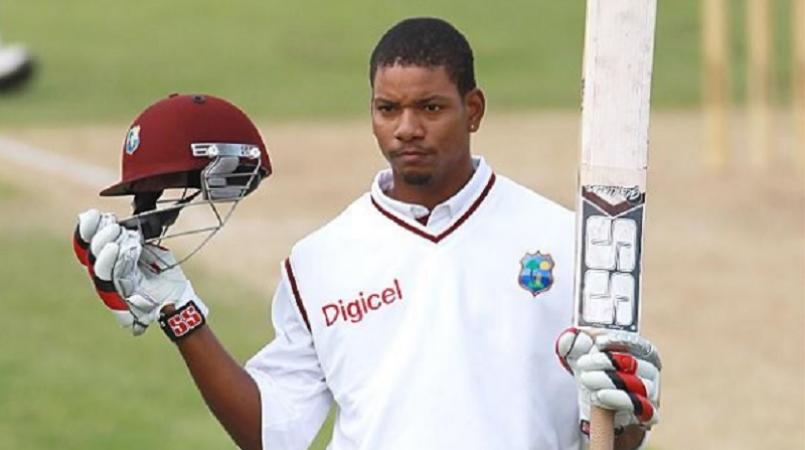 Opener Kieran Powell celebrated his recall to the West Indies Test squad with a big half century as the three-day tour match between West Indies President’s XI and Pakistan ended in a draw on Monday at the Trelawny Multi-Purpose stadium in Jamaica.

Powell scored 84 not out from 117 balls as West Indies President’s XI, batting a second time, reached 152 for two when the match was called off.

It was Powell’s second half century in the match as he was run out for 58 off 112 balls in the first innings on Saturday.

Guyanese batsman Shimron Hetmyer, one of two uncapped players named to the West Indies Test squad on Monday for the first Test against Pakistan starting on Friday at Sabina Park,  was dismissed for 22.

Hetmyer, the West Indies Under-19 World Cup winning captain, had scored 97 runs in the first innings.

Earlier, Pakistan were bowled out for 192 after resuming the final day on 129 for four.

The only resistance on the day came from Sarfraz Ahmed who scored 50 from 58 balls.

Leg spinner Damion Jacobs was the best bowler for West Indies President’s XI with four for 45 from 16 overs, while pacer Kemar Roach had two for 71 from 18 and left-arm fast-medium Raymon Reifer, two for 21 from 13.

West Indies President’s XI had made 419 in their first innings with Guyanese left-hander Vishaul Singh, the other uncapped players named to the West Indies Test squad on Monday, scoring an undefeated 135, his sixth first class century.