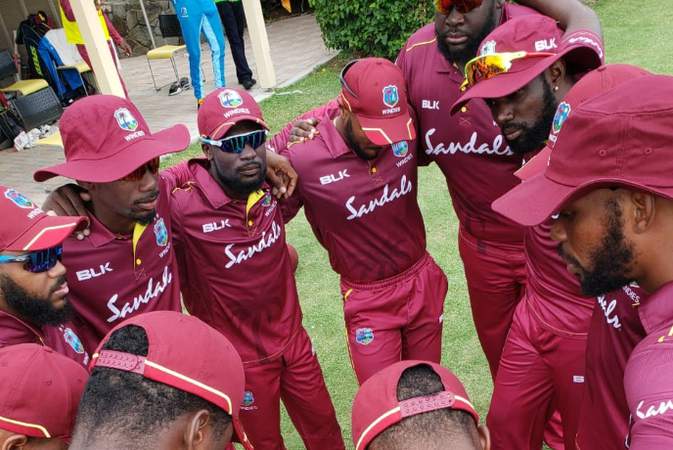 NORTH SOUND, Antigua – Guyana Jaguars teammates Romario Shepherd and Raymon Reifer were upstaged by the pair Ruturaj Gaikwad and Navdeep Saini, as West Indies “A” suffered a 65-run defeat against India “A” in their One-day series on Sunday.

Shepherd grabbed 4-36 from his allotted 10 overs with the ball, but Gaikwad hit five fours and two sixes in the top score of 85 off 102 balls and fellow opener Shubman Gill supported with 62 from 83 balls to anchor the Indians to 255 for eight from their allocation of 50 overs in the second match of the series of five, played at the Vivian Richards Cricket Ground.

In reply, left-hander Reifer led the way for West Indies “A” with seven fours and three sixes in 71 from 105 balls, Shepherd completed a tidy all-round performance with 34 and Sunil Ambris made 24.

But the home team’s batting was undermined by Navdeep Saini with 5-46 from 8.5 overs and they were dismissed for 190 in 43.5 overs.

The result meant that Roston Chase’s side trail 0-2 in the five-match series which continues on Tuesday at the same venue.

The skipper nonetheless recognizes areas for the team to get better in for the matches ahead.

Choosing to field, West Indies “A” were put on the backfoot, when Gaikwad and Gill laid a firm foundation with an opening stand of 151 before Shepherd engineered the unravelling of their innings with his fast-medium bowling.

Shepherd made the breakthrough in the 31st over, when he trapped Gill lbw and followed up with the scalp of Shreyas Iyer, the visitors’ first-match hero, two overs later. In between Khary Pierre removed Gaikwad, as India “A” stumbled to 153 for three.

But West Indies “A” met defiance again, when Manish Pandey and Hanuma Vihari added 53 for the fourth wicket before India “A” lost their next five wickets for 49 in the space of 45 balls.

The hosts suffered an early setback, when left-handed opener John Campbell fell in the second over and wobbled to 108 for seven in the 30th over.

But Shepherd came to the crease and shared 69 for the eighth wicket with Reifer to add some respectability to the West Indies “A” total before the last three wickets fell cheaply for 13 in the space of 20 balls.