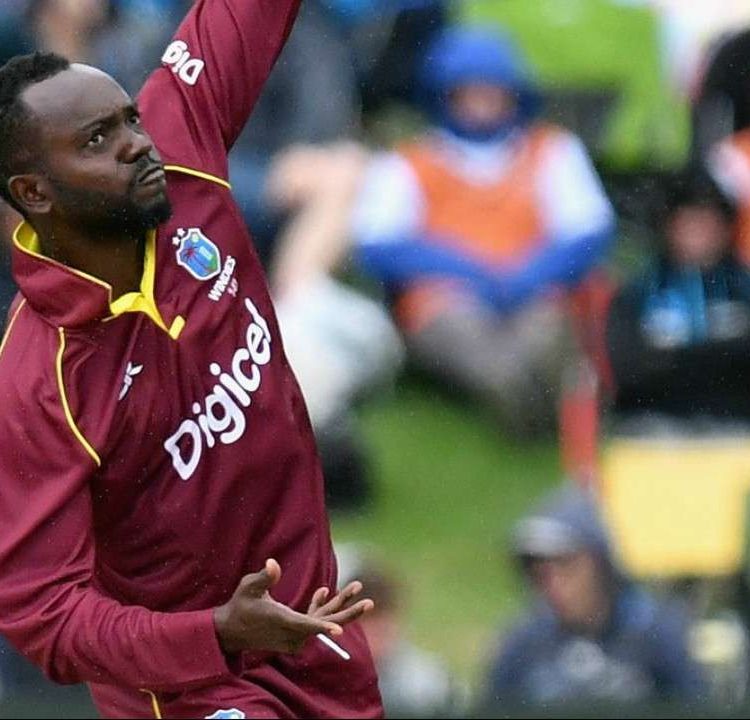 The West Indies were heading for a shocking defeat when they were spun out for 115 in 33.4 overs after being 31 for no loss at one stage with wrist spinner Imran Haider claiming 4/16, off-spinner Rohan Mustafa bagging 2/10 and left-arm spinner Ahmed Raza snapping up 2/14. However, left-arm spinner Miller and Roach turned the screws on the UAE batsmen and reduced them to 58 for seven before rain stopped play. When the match resumed, the UAE innings lasted for another 7.1 overs as they were bowled out for 83 in 29 overs.

Miller finished with figures of 10-2-20-5 while Roach claimed three for 15. Off-spinner Ashley Nurse captured two of the last three wickets, to finish with two for 21.Captain Rohan Mustafa (12), Shaiman Anwar (12) and Rameez Shahzad (11) were the only batsmen to reach double-figures as the result meant the UAE lost both their warm-up matches in the build up to the event proper which will start on Sunday, 4 March.