MANCHESTER, England – Carlos Brathwaite gave 101 reasons to once again remember his name, but narrowly failed to usher West Indies over the finish line, as they suffered a heart-breaking, five-run loss to New Zealand in the ICC Cricket World Cup 2019 England & Wales. 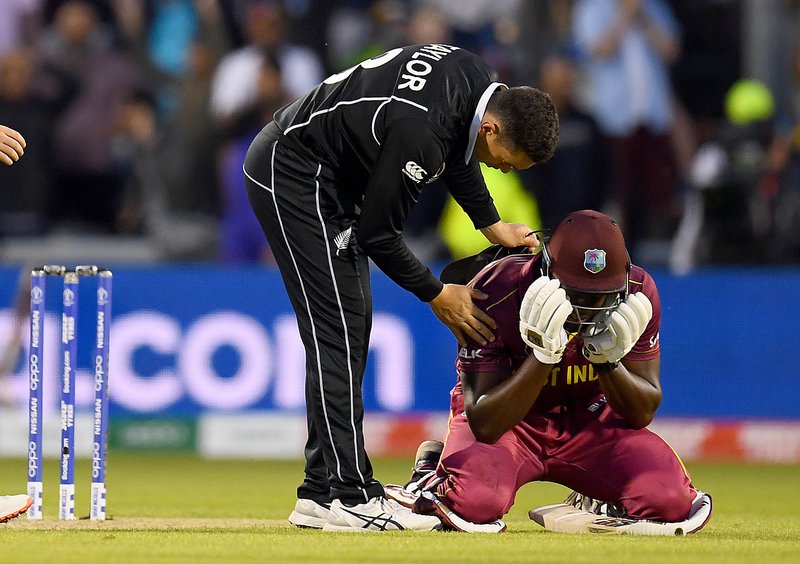 Chasing 292 for victory at Old Trafford in their sixth match of the tournament, the West Indies were on the ropes at 167 for seven in the 27th over before Brathwaite followed up scintillating batting from Chris Gayle and Shimron Hetmyer with a sensational maiden One-day International hundred to make the Caribbean side believe again.

View the Match Highlights below:

Crucially, the tall, rugged all-rounder anchored the bottom half of the batting with an innings that included nine fours and five sixes from 82 balls and put on 47 for the eighth wicket with Kemar Roach, a further 34 for the ninth wicket with Sheldon Cottrell and 41 for the final wicket with Oshane Thomas.

The pivotal moment in the closing stages came, when Brathwaite slammed 25 from the 48th over from Matt Henry – including three sixes – which left West Indies with just eight to get from the last two overs.

Brathwaite scrambled just two runs off the fourth delivery of the penultimate over from Jimmy Neesham to reach his landmark. 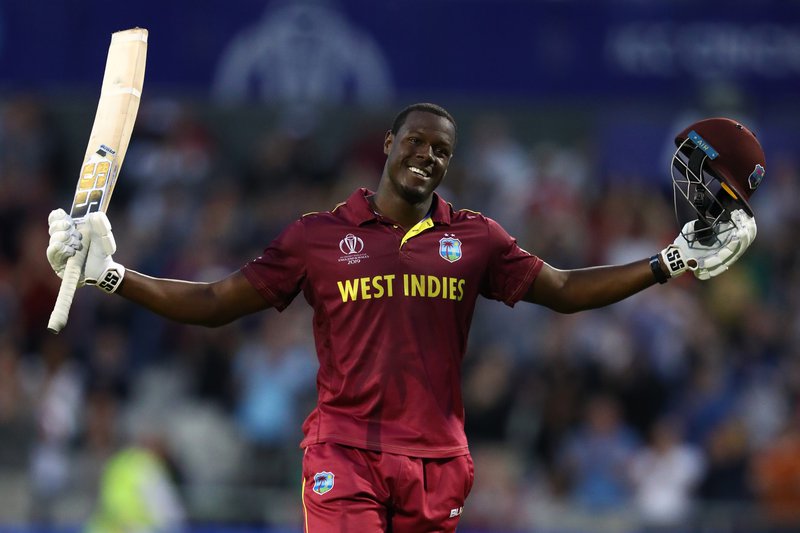 With the West Indies needing six with seven balls remaining, he connected with a short, rising ball from Jimmy Neesham and tried to clear the long-on boundary, only to watch in horror, as innings destroyer Trent Boult deftly navigated the boundary rope to haul in the match-winning catch. Two metres higher and it would have been victory.

The result meant it was the fourth straight loss for #MenInMaroon, keeping them on three points, dropping them down to seventh in the tournament standings, and virtually ruling them out of a place in the Final Four. 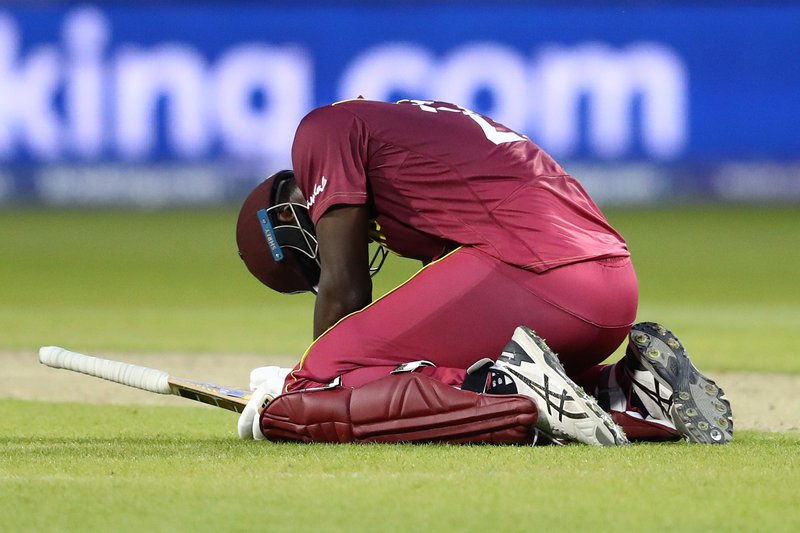 Gayle and Hetmyer had provided the early entertainment in the chase and helped the West Indies recover from a shaky start that saw Shai Hope and Nicholas Pooran dismissed cheaply to leave the side wobbling on 20 for two in the seventh over.

In typical fashion, Gayle, the self-acclaimed “Universe Boss”, slammed eight fours and six sixes in 87 from 84 balls and shared 122 for the third wicket with fellow left-hander Hetmyer, whose 54 from 45 balls, helped to get the West Indies chase back on track.

Five wickets for 22 in the space of 29 balls – Gayle, Hetmyer, as well as captain Jason Holder, Ashley Nurse and Evin Lewis for nought, one and nought respectively – appeared to have derailed the Caribbean side’s chances to even get close, as left-arm pacer Trent Boult with 4-30 and Lockie Fergusson with 3-59 from their allotted 10 overs apiece ripped the heart out of the batting.

But Brathwaite put the side on his broad shoulders and dragged them to within reach only to fall short with six balls remaining.

Earlier, Sheldon Cottrell grabbed 4-56 from 10 overs and Brathwaite took 2-58 from six overs, as New Zealand reached 291 for eight from their allocation of 50 overs, after they were put in to bat. 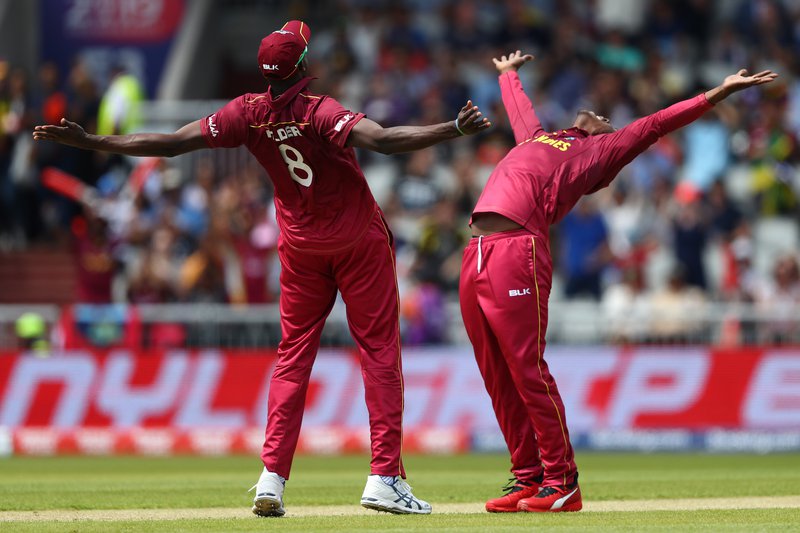 Cottrell removed openers Martin Guptill and Colin Munro in the first over of the match, but he and the rest of the bowling failed to make inroads into the New Zealanders’ batting, as their opponents’ two most decorated batsmen, captain Kane Williamson and Ross Taylor breathed life into their side’s innings.

Williamson hit 148, his second straight hundred of the tournament, and Taylor supported with 69 in a third-wicket stand of 160 that was the rock upon which the Black Caps built their total.

West Indies face India in their next match on Thursday at the same venue.