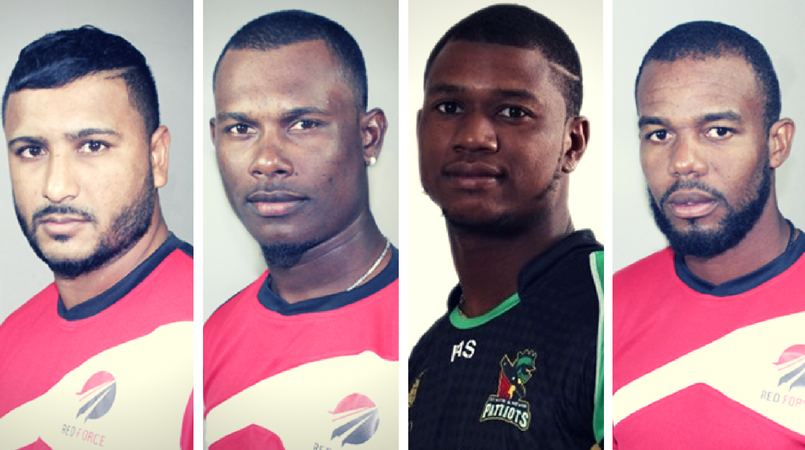 Four members of the T&T Red Force franchise team have been named in the West Indies A team for a tour of Sri Lanka in October-November this year.

Opener Evin Lewis has been named in the first-class team, while Jason Mohammed is selected as skipper of the List A squad.

Off-spinner Jon-Russ Jagessar is also included in the List A squad along with Barbadian Kyle Hope, who opens for the T&T Red Force.

Jagessar, who was a surprise pick for the T&T team which won the NAGICO Super50 in January, is elated with his selection.

“It’s a good experience for me and a chance I’d like to grab with both hands,” Jagessar told LoopTT on Monday, “It’s good knowing that I’m considered for selection and incentive for me to work even harder.”

Jagessar was Trinidad and Tobago’s top bowler in the 50-over tournament and his performance earned him a place in the 2016 champion Caribbean Premier League winners, the Jamaica Tallawahs.

He admitted his dizzying rise in Trinidad and Tobago cricket has been “a bit fast” but said that he “was prepared to hit the ground running.”

Hope in an interview published on the T&T Red Force website said of his selection, “It is a good feeling getting a West Indies call up. Every cricketer from the Caribbean growing up dreams of being called up with a West Indies team. Even though this is the ‘A’ team it is a step in the right direction.”

The Barbadian added, “Like all the other cricketers selected, I hope this leads to a selection on the West Indies team. The tour of Sri Lanka is in a few weeks and I just want to contribute to the team’s success and be one of the prime contributors for a successful tour.”