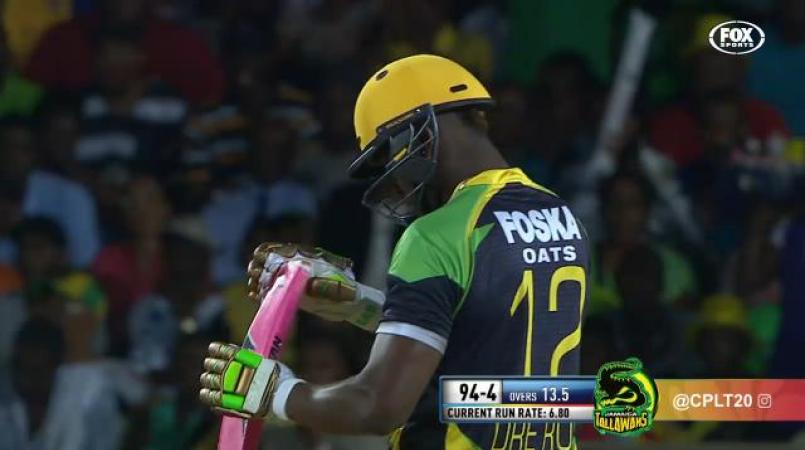 The West Indies player was charged by the Jamaica Anti-Doping Commission (JADCO) with the offence earlier this year for allegedly missing three drugs tests in a 12-month period.

Speaking in Florida while preparing for the final leg of the Hero CPL before the finals in St Kitts and Nevis, Russell said it is his team that has kept him centered.

“It’s not easy, honestly, it’s tough. When I cross the rope, I definitely block it off my head but then when you go back to your room and you know you have to face reality and know that something is going on like that, it’s kind of stressing and depressing. But I have an amazing bunch of guys around me. So they keep me occupied, they keep me laughing. I just think that is a very good thing to do while going through something like that,” said Russell.

Russell also described the mental stress he has played under since reports that he was facing a two-year ban first emerged.

“Everything is in place. My lawyers are doing whatever they have to do so I don’t really want to have to talk about it that much.”

The Jamaica Tallawahs have two preliminary matches in the Hero CPl remaining, against the St Lucia Zouks in Florida, on the 30th and the 31st.

The Tallawahs are top of the table and are in position to make it to the finals for the first time since their championship winning run in 2013.