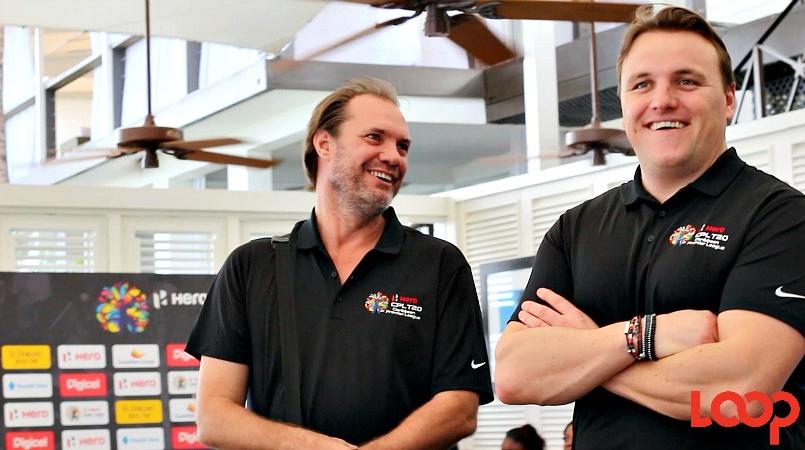 The CPL gives the governments of the Caribbean a platform of 140 million people to whom they can showcase everything that’s great about the region.

This was the assertion from CEO of the CPL, Damien O’Donohoe, following today’s Hero CPL Player Draft as he responded to questions from the media about the possibility of the CPL staging games in Singapore.

“Singapore has a first-class stadium which they’ve just completed and Pete [Russell, CPL Chief Operating Officer] went over to see them and the government there is very, very interested in hosting some CPL games,” he disclosed.

“With how far this tournament has come and with the international recognition that it’s getting, there are a lot of countries that have stadiums and have money and they see how special CPL is.”

He outlined creating a week-long entertainment package for countries outside of the region “with all the best of the Caribbean – food fairs, musicians, cricket players and bring the Legends along.”

“Everything we do is about showcasing the Caribbean and that’s why we have a platform now of 140 million people and that’s what we speak to the governments about every single time we come to the table with them,” he emphasised.

With the decision still pending about where the 2017 Hero CPL finals will be held, O’Donohoe said he and his Chief Operating Officer, Pete Russell, firmly believe that the finals should be held in the Caribbean.

He had earlier pointed to Trinidad as one of the countries under consideration, saying, “Trinidad’s been very good to us; we have a very good relationship there. So if we could bring the finals back it’s something that we’d definitely like to do.”

He said they are still at the negotiation stage with the various governments about who will host the coveted finals, but it is hoped that the tournament schedule can be finalised and released in the next two weeks.

Stressing that the CPL is a “Caribbean event” O’Donohoe said it’s the Caribbean fans that have made the tournament so special, “allowing us to have conversations with the likes of Singapore.”

“It is a great compliment to the CPL that these major countries are calling us up and asking us to come and speak to them.”